June 17, 2022 Anniversary celebration of The Hague Lodge of the Theosophical Society in The Netherlands
Venue: Museum Beeld en Geluid The Hague, Zeestraat 82, 2518 AD  The Hague

Eternal Wisdom, right on time
It is difficult to sustain yourself spiritually in a world that is changing so rapidly. Natural disasters, pandemics and the threat of war cause us to go from one existential crisis to another. Especially at this time when groups in society are being driven further and further apart, when trust in the people that represent us is crumbling, Theosophy can play a role in bringing people together. One of the pillars of the Theosophical Society is Freedom of Thought.

Theosophy as a guide
The ageless wisdom that Theosophy speaks of, is not limited to any particular religious movement, philosophy, or scientific point of view. Within theosophy, there are no unchangeable doctrines that must simply be believed. Theosophy invites everyone to find answers to life's questions in his or her own way, through study, meditation or conversation.

A place to work on personal development
The meaning of life is becoming more and more intangible. By viewing people and the world around you from a different perspective, you can regain a grip on your life. With eternal wisdom as your guide, you will learn to discern what is valuable or useful for your development of consciousness from the incessant stream of information that you navigate daily. For 125 years, The Hague, the spiritual centre of the Netherlands, has offered the opportunity to work on personal development and to map out your own spiritual path. Through new means of communication, a wider and especially younger audience is now invited to explore the world of Theosophy.

'The soul of humankind and the world' - Rico Sneller

Dr. Rico Sneller taught philosophy and ethics at Leiden University for a significant period.He is currently affiliated with the Mandeville Academy (institute for the gifted) and the Jungian Institute. He is also a guest lecturer at the Al Farabi University in Almaty (Kazakhstan). His main interest is the relationship between philosophy and extraordinary states of consciousness. Recent publications include 'Perspectives on Synchronicity, Inspiration, and the Soul' (Cambridge Scholars 20212), 'The Riddle of Socrates' (ISVW 2021), and a reissue of the original English translation of Carl du Prel's 'Philosophie der Mystik: The Philosophy of Mysticism', ed. and introd. James Ellis & Rico Sneller. London: Hermitix Publishing, 2022.

The word "soul" is frequently torn apart between vague spiritual people on the one hand and frantic adherents of scientism on the other, which holds that science is the only route to valid knowledge. The spiritual people cannot speak of anything else and the follower of scientism shun the term 'soul'. In my contribution, I want to look for an acceptable middle ground. I do so by looking at phenomena in and around us. I will present four everyday domains where soul perception takes place:
1) 'idea projection' or 'ideation': a) psychopathology, b) entelechy (which means purposefulness or organization in an organic growth process)
2) offspring
3) relationship to ourselves
4) culture.

'Analytical idealism, the next paradigm in science' - Bernardo Kastrup 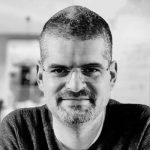 Bernardo Kastrup is the executive director of Essentia Foundation. His work has been leading the modern renaissance of metaphysical idealism, the notion that reality is essentially mental. He has a Ph.D. in philosophy (ontology, philosophy of mind) and another Ph.D. in computer engineering (reconfigurable computing, artificial intelligence). As a scientist, Bernardo has worked for the European Organization for Nuclear Research (CERN) and the Philips Research Laboratories. His ideas have been featured on 'Scientific American,' the 'Institute of Art and Ideas,' the 'Blog of the American Philosophical Association' and 'Big Think’. Als wetenschapper werkte hij voor de Europese Organisatie voor Nucleair Onderzoek (CERN) en Philips Research Laboratories. Zijn ideeën zijn gepubliceerd in boeken en academische publicaties, zoals 'Scientific American', 'Institute of Art and Ideas', 'Blog of the American Philosophical Association' en 'Big Think'.

Analytic Idealism is a theory of the nature of reality that maintains that the universe is experiential in essence. That does not mean that reality is in your or our individual minds alone, but instead in a spatially unbound, transpersonal field of subjectivity of which we are segments. Analytic Idealism is one particular formulation of Idealism, which is based on and motivated by post-enlightenment values such as conceptual parsimony, coherence, internal logical consistency, explanatory power and empirical adequacy. It’s a formulation that will appeal to intellectually hard-nosed, science-oriented people. 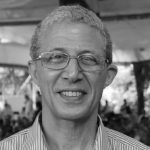 For the past few hundred years a cycle of human activity has been building. A new way of seeing and experiencing the world has been the driving force leading to this time. In the words of Mircea Eliade, "The completely profane world, the wholly desacralized cosmos, is a recent discovery in the history of human spirit." This approach to living has produced a cascading series of problems including degradation of the environment, global violence, and personal unease. How do we respond to the present need in the light of the Eternal Wisdom? 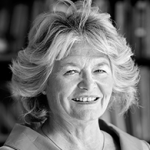 Dr. Annine van der Meer is a religious historian, theologian and symbol expert. She has written several authoritative books on the hidden history of the sacred feminine and women and their forgotten contribution to evolution and civilization. In 2008 she founded the Pansophia Foundation as a school of Wisdom in the 21st century, where the raising of consciousness, spirituality and the empowerment of women are combined, a school she led until 2018 and which has a sequel in the current Pansophia Community. In 2021, she published her widely acclaimed book 'Mary Magdalene Unveiled. Hidden sources restore her damaged image'.

This is a time of transition accompanied by crisis. The old disappears to make way for the new. The way in which we see the world and the image of man need to be refreshed in order to gain courage and insight into the how and the why and thus to be able to stand firm for renewal through the proces of demolition. Rediscovering the Ageless Wisdom and its universal laws is of fundamental importance in developing a new and holistic worldview. New scientific discoveries support this and make that which was intuitively known to the ancients rationally understandable. The first-century Gospel of Mary the Magdalene, which came into the open in 2010, after being hidden for a long time, contains keys that can support and further develop this new image of man and worldview.